This is not a happy story. I’d recommend not reading this unless you’re willing to get bummed out a bit. So I’ll leave a few empty paragraphs to give you some space to think before reading.


I keep jumping back to a memory. I’m running barefoot through Manhattan. I have a convulsing, floppy dog in my arms, and I can’t find a way to open the door to the vets without having to place him on the floor.

It comes to me if I start getting deep into a flow state, before I go to bed and whenever I’m not too deeply occupied. So I can’t do hard programming things. Luckily, it’s not hard for me to find shallow state work to do.

Thursday started like all the other day of the last year, I get up early, wave at Murphy, our dog, as I head into the living room and then start handling emails/OSS faff. He’s lived with us for about 11 months now, from young pup to almost adult. He used to require 6am walks, but was getting to a point where he’d only ask to go out around ~8ish.

Thursday morning was no different, Danger gets up around 8, and Murphy follows her out. She offers to make bacon sandwiches, and I think that sounds good. Murphy asks if he can go out by ringing some bells by the door, and I take him out. We do his normal walk, a 10 minute walk around our block. He grabs a stick and walks half of the way home faster than normal because he wants to keep it and chew it. He tries something new, he leaves the stick on the stairs on our way home - maybe he figures he can get it on the next walk?

We get in, I settle down. Murphy comes over to the sofa and starts breathing really heavy. This isn’t normal, Danger comes over with an ice cube in-case he’s hotter than normal. She tries rubbing the ice cube on his mouth and he does a full body stretch, then howls and stops breathing. Dave comes out of his room. I’m on the phone to the vet, I pass the phone to Danger and she says “Get him to the vet.”

I pick him up, it’s awkward. I’ve lifted him a lot before, but never when he’s been like a ragdoll. I sprint out of our house. Run down the stairs, out the maindoor, past people asking whats up. He’s convulsing every 5-10 seconds, I tell him he’s got this. I watch for glass on the floor, no shoes. It must have been about 2-3 minutes since he stopped breathing to arriving at the vets. They have two doors which open by pulling, I don’t have free hands and any time I move Murphy starts to fall out from under me, I end up having to put him down on the floor for the second door - I shout “Help!” and the vets run to grab him.

They take him off me and move me into another room, Danger, Dave and our Superintendent all arrive.

They tried, but they couldn’t get his heart to beat again.

The vets thinks it was neurological, maybe meningitis, maybe an aneurysm/hemangiosarcoma (like this discussion) in the end, it just feels like bad luck on Murphy’s part. A dark form of irony, given his name.

I write this on Sunday, a few days later, his stuff is now somewhat packed to go to animal shelters and the dog school where Danger works. It’s weird, we re-arranged so much of our lives around being dog people, we’d trained ourselves to be careful opening doors, to be at the house in certain times, to tell him he’s a good boy for not barking at the other dogs in our building when they go by and to be wary of loud noises near him. I still make sure I don’t tread on him when I get out of bed. Without Murphy around, the house feels so static. It’s just things, but nothing alive.

I realise that a dog will nearly always be outlived by their humans, but it sucked to have only been one year. We gave him and awesome year, and he gave us an awesome year. I’m glad that it was instant for him. It puts more pain on us, but we’re solid and stable - we’ve got each other. I’d rather it be quick, than drawn out and painful for Murphy. Danger, Dave and I were all there with him as he died. We were his buddies, and were there for him.

Maybe there was one sign that something wasn’t quite right a few months ago. That was a 20 second moment where he walked funny. It didn’t feel like enough to go to the vets, and I trust previous orta + Danger to have made the right calls then. Aside from that it basically came out of no-where, he just stopped one day.

So, Mr Murphdog, Murphman, youngin, sir young man, doggo, bub - you were an awesome friend. You made a difference to our lives, and I think we gave you a great year. Thanks for the time. I’ll miss you. 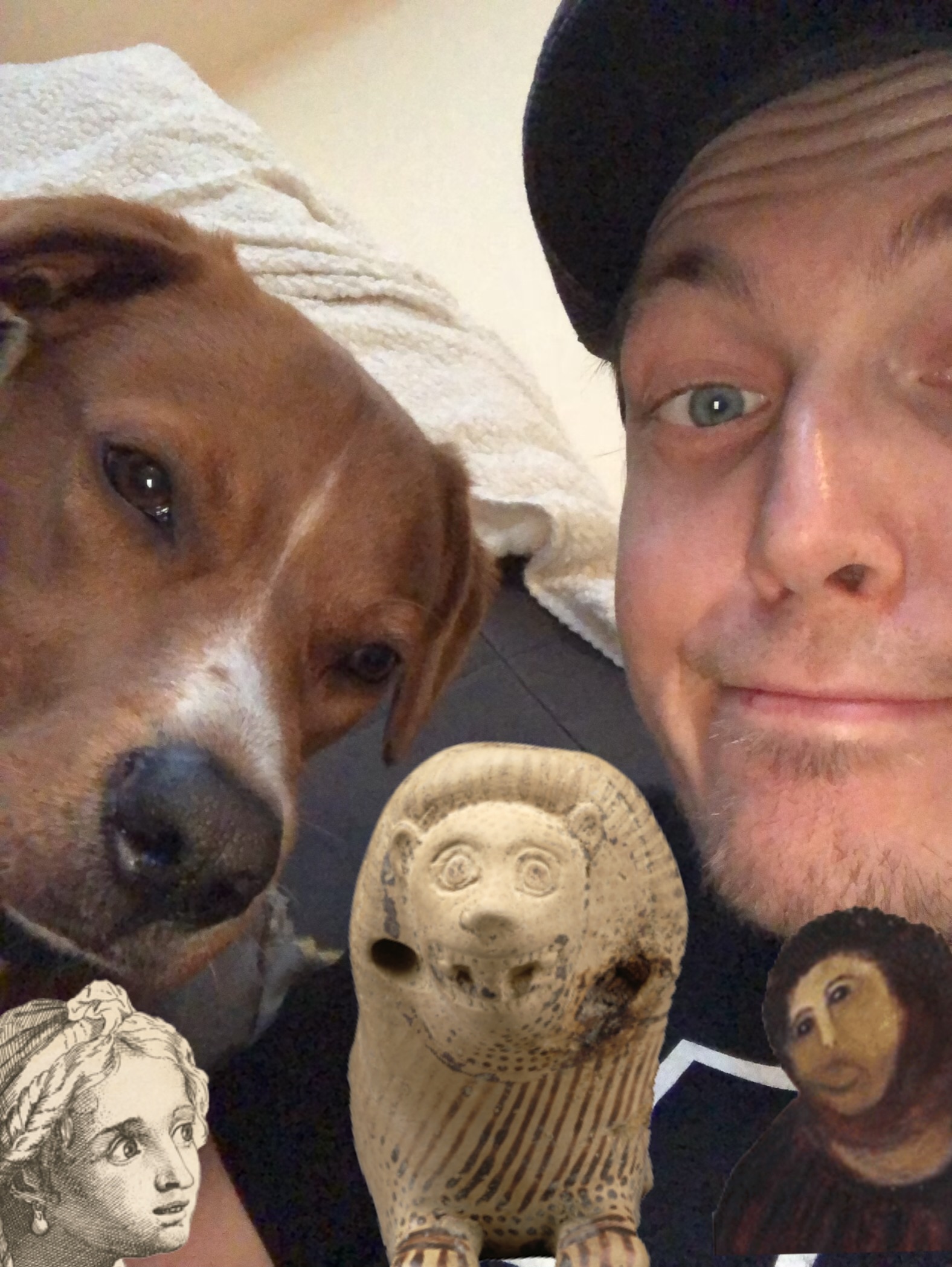